Cracking the hardest code: Where to find tech talent

Competition is fierce in traditional tech hubs. Markets like Columbus, Madison and Dallas have a mix of programmers and developers to fill the talent pipeline.

For tech companies making a real estate decision, the choice is rarely simple.

Talent is hard to find, competition in traditional tech hubs is at a fever pitch and unemployment is historically low. That’s great for local communities—not so much for tech companies. But the situation isn't all bad.

To companies willing to look outside the main hubs: you can find your own valley in pockets across the U.S. Ten of them, in fact.

In our Tech Talent Review we looked at employment data on computer programmers and software developers crossed with JLL real estate data to bring you 10 cities with a solid tech presence and a proven talent pipeline.

Five are what we call "hidden gems" and five are tried and true. All of them have the right mix of talent, real estate, affordability, ecosystem strength and more.

How we chose the top talent markets

To uncover new possibilities, we looked at markets with the following characteristics:

Focusing on the ecosystem of a market can tell you many things. If there’s already a community of specific occupations in a place, it’s likely that future job creation will be easier. It also means an industry’s stability in a location may be stronger in the face of economic cycles.

It’s worth noting that a large number of tech jobs does not equal a high concentration. High job volume is a plus, but high concentration is the proportion of the total job market and a very strong sign that the tech market will flourish.

With that, let’s dig in to the top 10 markets we uncovered.

Out of the top ten markets for each job concentration, only five appear on both lists: Silicon Valley, San Francisco, Seattle, Washington, DC, and Austin. While these markets come as no surprise, the other markets that comprise the top ten will.

Markets with the highest concentration of tech talent

Can you spot the surprises? Let’s explore some of the benefits of being a technology company in these lesser-known markets.

Thanks to an early focus on creating the “Tech Valley” with support from Rensselaer Polytechnic Institute and State University of New York Polytechnic Institute, plus the presence of a handful of Fortune 500 companies, the Albany metro area has the second-highest concentration of computer programmers nationwide.

At last count, there were 5,880 computer programmers, at a median salary of $76,000 per year. With an unemployment rate of 4.6%, it’s low enough to showcase a strong economy, but higher than the national average.

Spillover from the expensive San Francisco Bay Area is turning Sacramento into an attractive option for home-shoppers and a talented workforce that wants to tap into lower-cost living. With a computer programmer talent pool of more than 11,000 people at a median salary of $84,000 per year, Bay Area companies looking to expand an hour north will enjoy a 21% discount on wages.

With more than 11,000 computer programmers, Columbus rivals both Sacramento and Austin, but the wages are more competitive. Its talent pool for software developers, though not a part of our top 10 markets, totals 13,700 people. If that weren’t enough, it also recently won the US Department of Transportation’s Smart City contest.

Move over Denver and Boulder. Colorado Springs offers a high quality of living, access to the great outdoors, and a talent pool that rivals Boulder’s. Wages are also roughly equal but the cost of commercial office space in Colorado Springs is half that of Boulder.

Supported by the University of Colorado-Colorado Springs, plus a significant military-based economy, companies like Microchip Technology, Northrop Grumman, and Lockheed Martin have found a home here.

Long hailed as a Midwestern enclave for the creative types, Madison is a little-known secret to existing tech companies like Google and Microsoft. Fueled by the University of Wisconsin-Madison, its innovation ecosystem is also supported by maker and innovation organizations like Sector67, a non-profit that’s dedicated to the development of the next generation of technology.

Though its total number of software developers is just under 9,000, it has the 10th highest concentration in the country, relative to its size. Not only that, but wages are 40% lower than the highest-wage market (Silicon Valley).

If uncovering a hidden gem doesn’t interest you, there are tried and true markets that are more established but still not too strained. While these markets don’t necessarily boast the highest concentration of tech jobs, they do have the most people who hold those occupations. Not surprisingly, the largest metro areas are represented here.

Markets with the most tech talent

Because they’re more mature, these 12 markets will be a bit more challenging than high-concentration markets when it comes to hiring and leasing, but all are good for tech. They’re major business hubs for the country and boast attractive lifestyles and amenities. Putting the obvious frontrunners aside, we see five clear opportunities.

Popular for corporate expansion in recent years, Atlanta is also an appealing tech scene. Its local talent base is powered by Georgia Tech, which runs its own incubator for startups called the Advanced Technology Development Center (ATDC) near the trendy Midtown submarket.

Like many large urban markets, Chicago has transit, culture, amenities and talent. But it’s also affordable. With more than 70,000 total computer programmers and software developers, at a median annual salary of $92,000, it’s a great location at a great price.

Class A rents in the CBD range from $32 to $46 per square foot, compared to San Francisco’s and New York’s $70 average. Not only that, but the market is flush with options, including a development pipeline of more than 5 million square feet.

Already employing 38,000 software developers, Dallas is not to be ignored. Anchored by long-established players in the tech scene like AT&T and Texas Instruments, there’s also new talent from incubators like Tech Wildcatters.

And don’t forget the University of Texas-Dallas’ Eric Jonsson School of Engineering and Computer Science, which offers 23 undergrad and graduate degrees. Culturally, an urban resurgence in the Uptown submarket and major, mixed-use developments offer a mix of urban and suburban lifestyles.

A big city with a small-town vibe, Philadelphia is a central location in the Northeast with easy access to both New York and DC, but it’s a veritable powerhouse on its own.

Startups in particular are flocking to the Market East submarket and North Third Street (aka N3rd), specifically. Tech companies are fueled by a university-supported talent pool including the University of Pennsylvania, and ranks in the top 10 for computer programmers, and 11th for software developers. With an average rental rate of $26 per square foot it’s also among the least expensive of the major metros.

With just under 100,000 engineers and developers, Washington, DC has the second-highest population of tech talent. Its tech ecosystem includes SAIC, Microsoft and Dell within a mix of established tech and startups spread across the suburbs and the urban core.

Though it doesn’t have the lowest cost of real estate or wages, the office market is still relatively favorable for tenants, with a pipeline of more than 10 million square feet of new developments in the metro area. 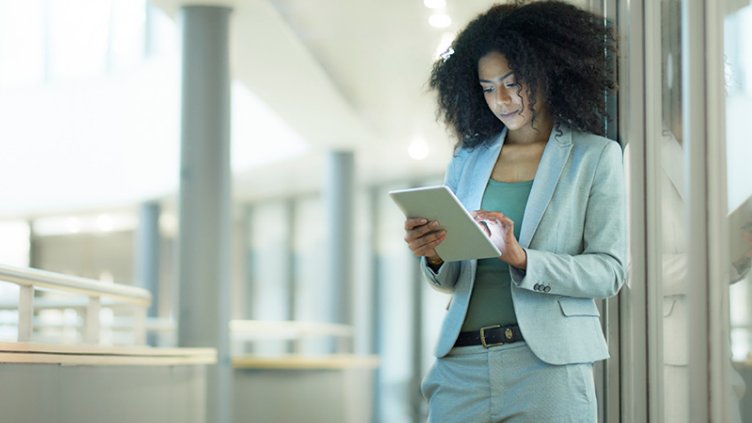 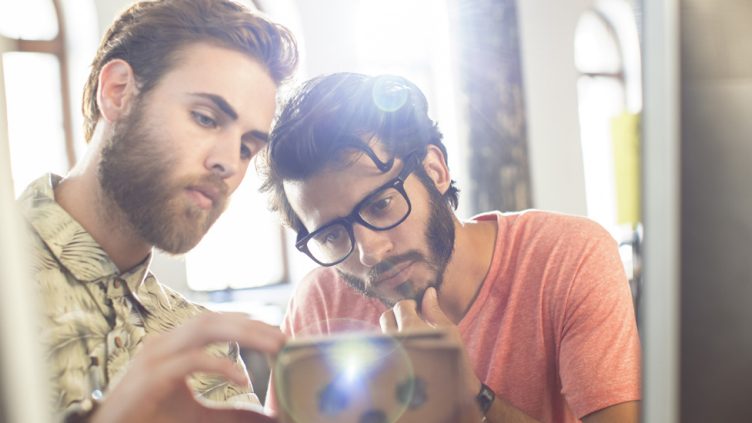 4 things to know about your future workplace 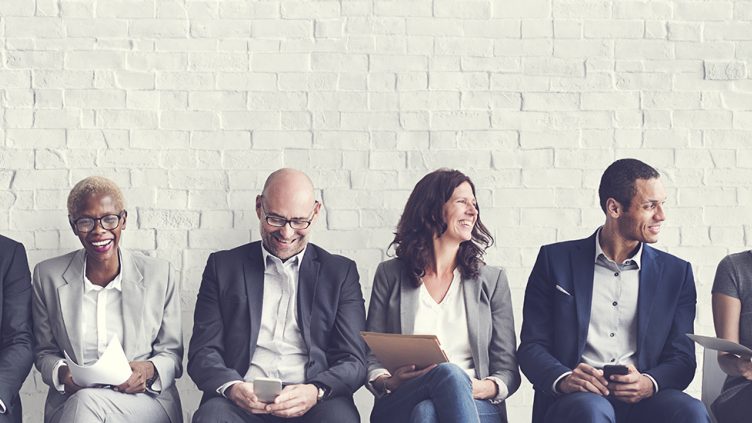 The growing role of HR in workplace design 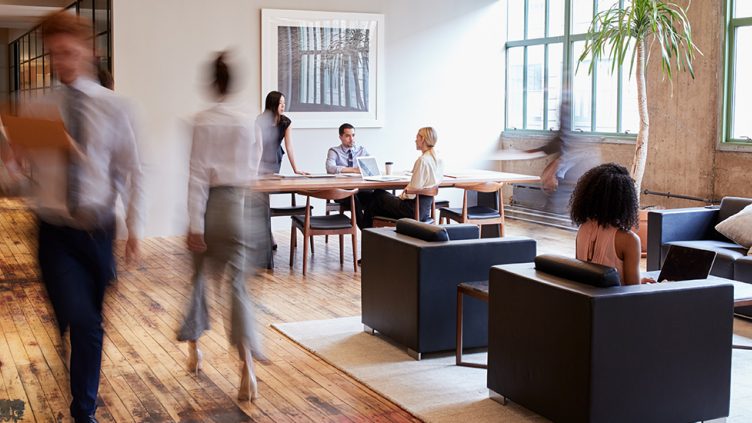